The Governing Bodies of Rotherhithe Primary and Dog Kennel Hill met on the 14th December 2017. It was agreed by both Governing Bodies that the two schools will federate as of 2nd January 2018. We will now look to continue to build and develop on the excellent work that they already do in partnership. As of the 1st January 2018, the previous Governing Bodies of both schools were officially disbanded. I would like to extend my sincere thanks and gratitude for all their hard work and unwavering commitment to ensuring an excellent learning community for each of the respective schools.

The Executive Head Teacher (Mrs Galiema Amien – Cloete) of the new federation met and co-opted the two previous chairs of both Governing Bodies as well as the nominated Local Authority governor. This means we have an initial Governing Body that will help the Executive Head Teacher to conduct the parent and staff elections as well as supporting her through the skills audit process which we will conduct in order to co-opt further governors. This process will ensure that we co-opt governors that can truly contribute in the various areas of school improvement and organisation that we require to run a very successful federation. 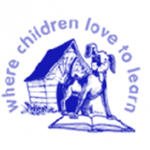 We have initially planned for the first full governing body to take place on the 19th February 2018, following the staff and parent election.

There is one more exciting thing we need to do whilst establishing the federation and that is to choose a name! The new Governing Body felt that this was something that we would like the children to lead on, so over the next few weeks the school councils from both schools will be talking to children from Year 2 – 6 and they will put their recommendations forward to the Governing Body. I am sure the children will love to take a lead on this as this federation is really all about them and their life chances.

I would like to end by thanking parents for their support and participation during the consultation process. We are now moving forward and looking to an exciting future as part of the partnership between Rotherhithe and Dog Kennel Hill schools.